This essay denounces the ongoing challenges for women academics to progress into top leadership positions at classic academic institutions and related publicly funded organisations. Open below or open in PDF

She was always page greedy
Every cm taken up by words

I’ll shrink the sizes
squeeze the corners
‘till the page
can hold no more.

1cm margins. Why not?
And fonts size 10. Still readable
I’ll donate extra spacings, for headings.
I’ll even dare some list, some table.”

And thus it came to be:
Every essay, a feat of grabbing
of using, of taking all blank space available
while pretending it didn’t happen.

Now we live off the page
and she has no chance to push margins.
We are bound to pre-determined spaces
that shift from screen to screen.

But blank corners are equally rare:
everyone has given in to greed.
Empty space is silence
And we are all shouting me, me, me.

So she goes on and on
Eating the virtual page
Torturing pixels, deforming formats
Infesting your world with words.

(For reading, there is no time). 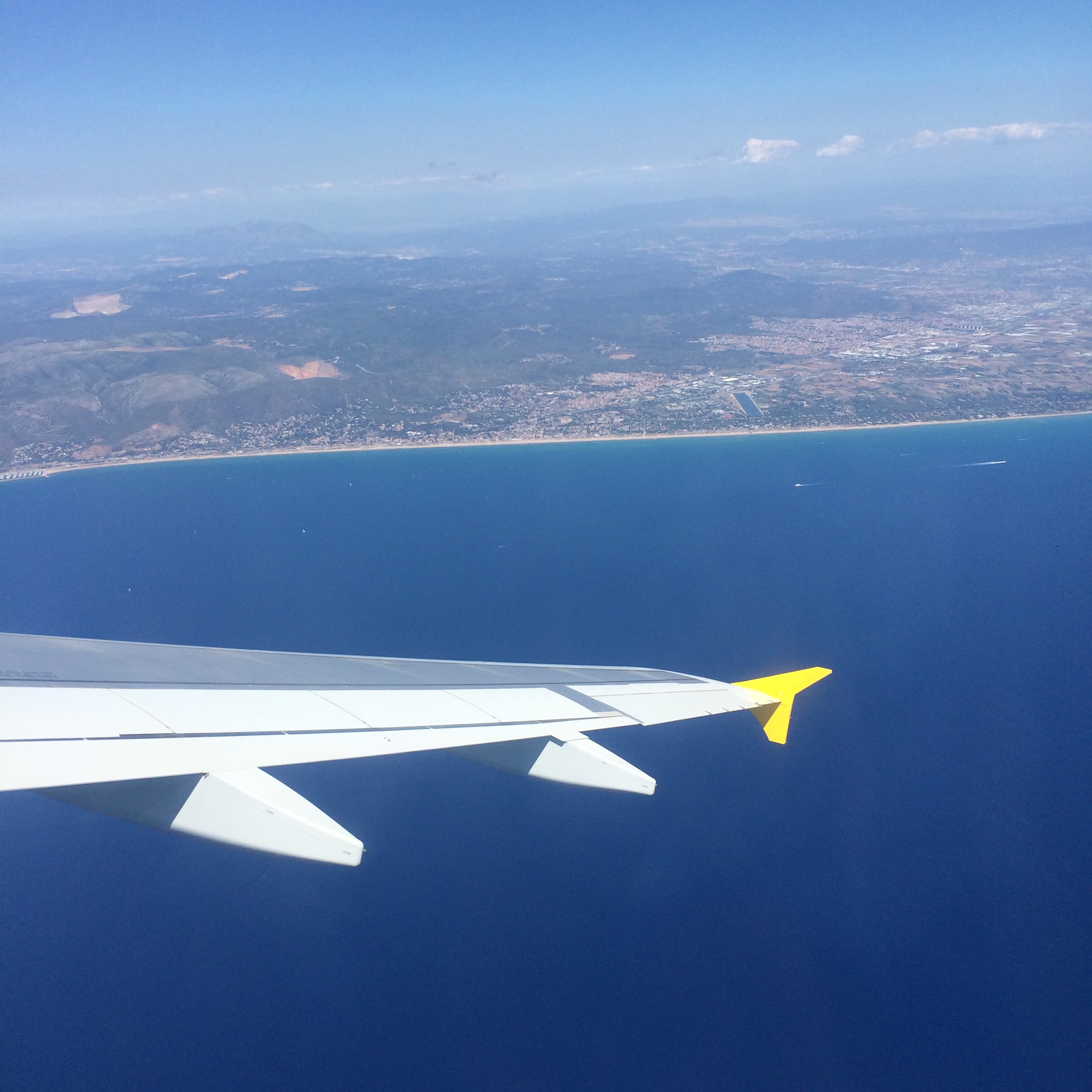 I am sitting by a grown man
In this grown up plane
Full of suits and business gone stale.

A laptop spits cartoons.
The grown up man, serious, watches.
It’s a silly cartoon. No irony. No flair.

While watching cartoons
On his laptop, in this plane,
Such a soulless travel trap

So tired, so Friday evening
So late business, so I-want-home
So I-eat-crisps and cheap crap.

I try to concentrate
On my window
And I smile 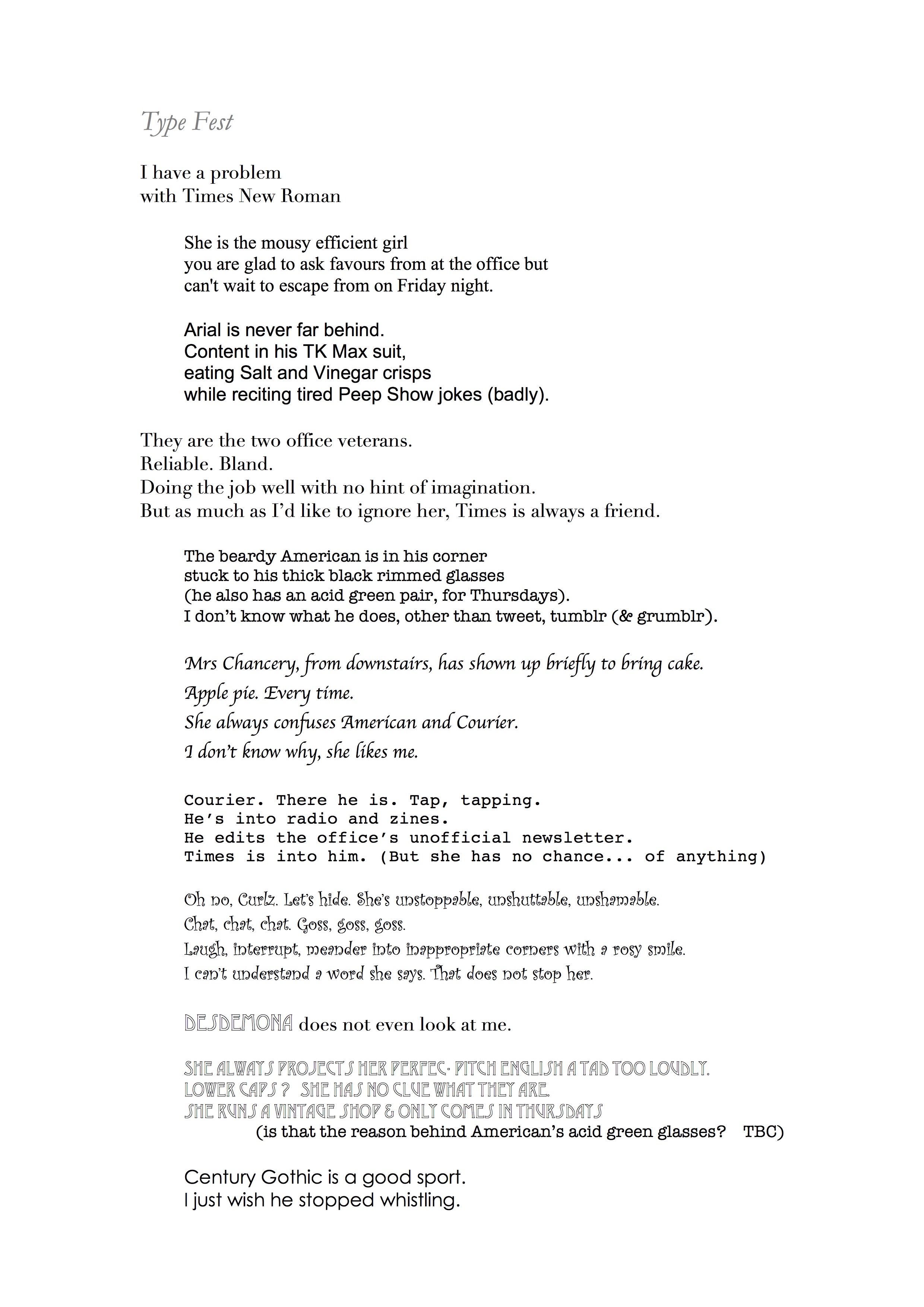 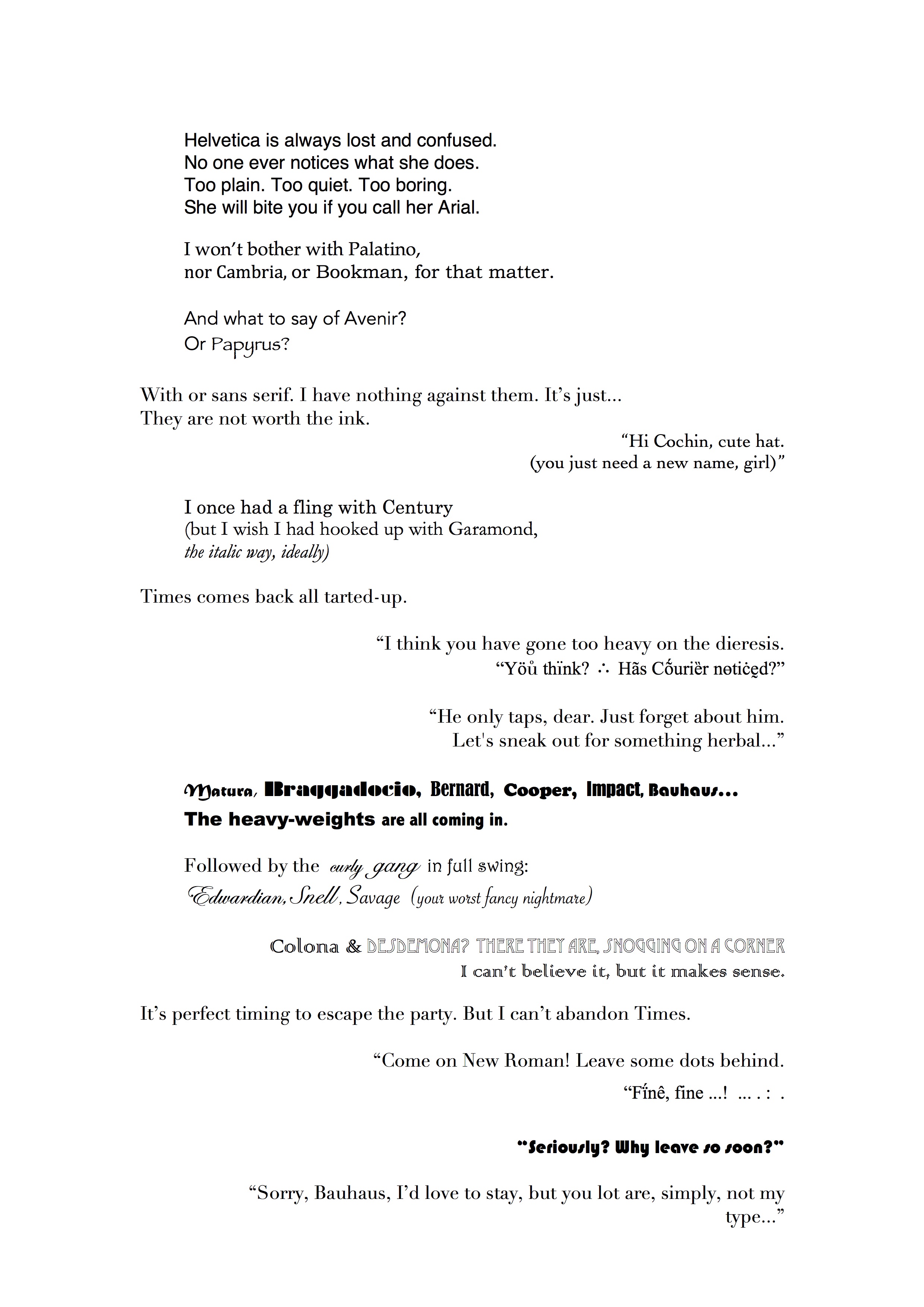 Pure, perfectly applied jargon
The most productively meaningless use of the English language.

Poetry in jargon
The ultimate achievement

The creative beat of my targeted core

Effecting and resolving in pure synergy with your maximised engagement

When it comes to the diversity and bizarreness of human character, reality always beats the wildest of imaginations… You only need to be lucky enough to travel widely and have the capacity to enter as broad a range of inner circles as you possibly can.

The latest adventure has taken me just around the corner, to London, but into a world previously unknown to me, a surreal gathering of ‘world leaders’ (mostly from developing countries) in fantastical attire, within a sumptuous old-fashioned English palace. We were treated to some Brit-regalia under the grand chandeliers and the impassive eyes of multiple generations of kings and queens framed and crowned in baroque excess.

Who were these leaders? A beauty queen from Indonesia (dressed top to toe in silver sequins); a chilling female psyquiatrist from Serbia (dressed in a scary goth suit, supported by an entourage of equally scary women in black men-suits taking pictures of her every move, all dark tones except for their vampiresque red lips); a broad brush painter from Angola with an expertise in “execut[ing] false ceilings”; the president of the National Union of Beekeepers from Kyrgyzstan… And the list goes on, for pages and pages, of the most incoherently rich and diverse range of backgrounds and countries… (None of this is INVENTED!!)

If nothing else, this gathering made me think about the notion of ‘leadership’, indeed. Who is a leader? Who determines who deserves praise? (The event was an ‘Experts Conference’ as well as include a regal International Awards Ceremony, full of the most extravagant titles and types of nominations imaginable. I should have kept the Night Proceedings…)

Sadly, I suspected there may have been a bit of opportunism on the part of the British organisers (attending the lavish dinner offered to the chosen – & awarded – international leaders came at a ‘premium’ price). Regardless, it was a completely new experience for me and a chance to be acquainted with yet another of the many layers of conferencing, international networking and mutual back-patting gatherings in existence out there.

Not sure I came out of this event with much renewed confidence in these kinds of affairs… but I certainly came out feeling a bit more savvy and self-aware about the responsibilities that come with the job if one joins in the ‘world experts’ & global-summit bandwagon.